It’s been a while since we blogged about architectural models and we have two very different projects to show. The first is a model of West Buckland School, commissioned to show parents and govenors the plans for the new school layout and design as construction was beginning. This is also the ideal model to use in planning applications. The brief was to produce a 1:250 model to show a high level of detail in the building structures and represent real building materials with colour and engraved textures.

The site buildings were made from layers of laser cut clear and white acrylics sprayed to specification as well as cut and etched timber veneers. The off sites were massed from modelboard and sprayed satin white. The Library was to have coloured window panels which we used window tinting vinyl. The base was foam contoured and card clad. We populated the model with scale trees, cars and people to show the new planting scheme and provide a scale reference. 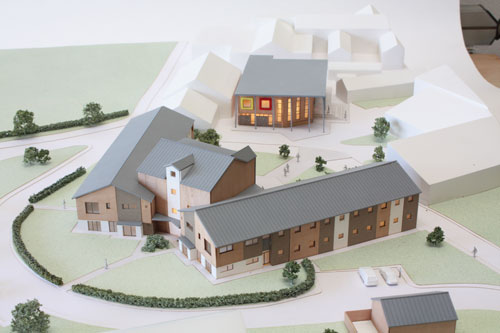 The second project was completely different. The brief was to produce x6 solid and clear 1:100 models of landmark building in Leicester. They were to be placed within a massed city model built by Talbot designs, underlit so the buildings would glow when you pressed the respective button.

The master models were built up using modelboard and laser cut acrylic. This is a completely different approach to the first model, they needed as much detail as possible without over complicating the model or leaving too many over-hangs. They also needed to be completely solid so they would mould and cast with ease. 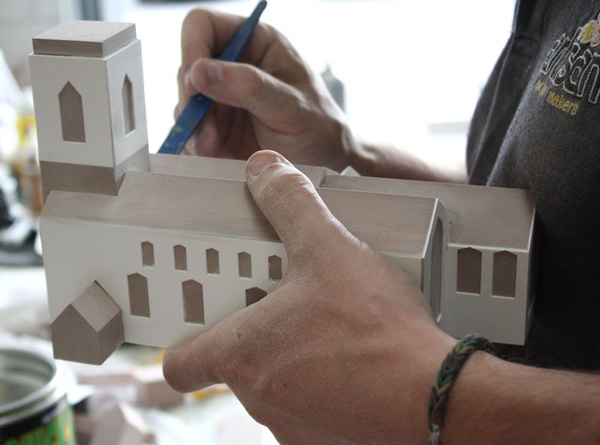 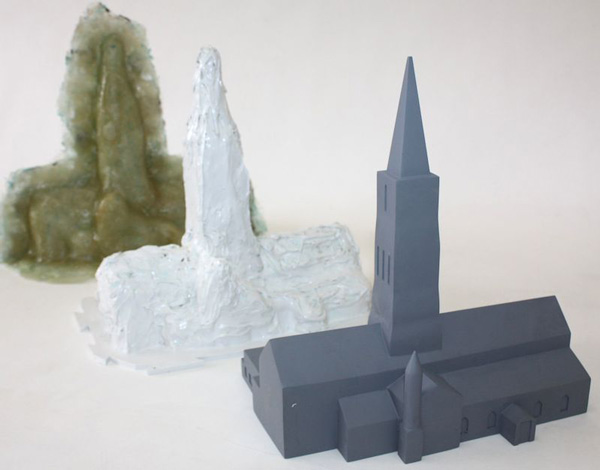 The buildings were then cast in clear resin, popped out their moulds and sandblasted for a frost effect. Once placed on the base board they glowed… The model is now complete and we will update with final images very soon. 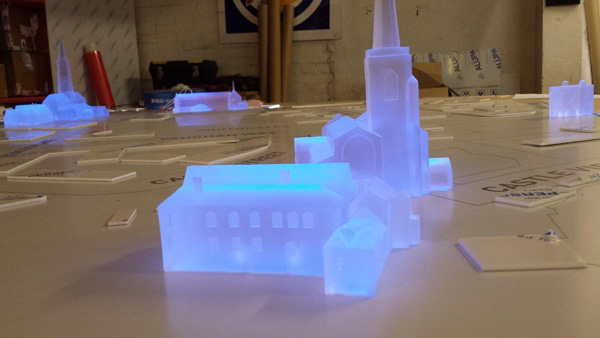